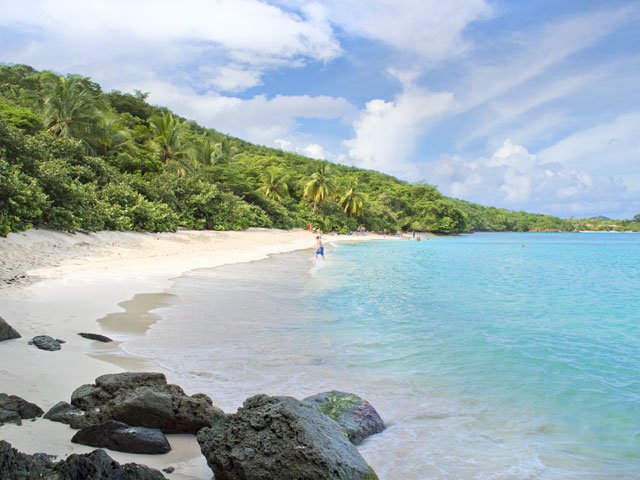 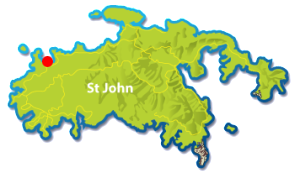 Getting there:
From Cruz Bay – take Rte 20 ( North Shore Road) about 2 mi. You can’t miss the parking area on your left.

Hawksnest Beach
This is one of my favorite beaches on St John. It has plenty of parking, soft sand beach, a dramatic shoreline and plenty of shade under the sea grapes that line the water. Depending on the tide, Hawksnest can be a very narrow beach – so grab your sun early and enjoy the shade later in the day.

Because of its orientation, Hawksnest isn’t as protected as some of the other beaches. So expect a bit of surf.


For the avid Snorkeler, Hawksnest may not be the best spot as most of the coral reef is pretty weathered. The surf, currents and undertow are tough environments for coral and sea life. That said, located just off the center of the beach is a shallow reef. you’ll see waves breaking over the shallowest portion. Snorkel to the left and right of the waves. There are some established Elkhorn corals, Mustard Hill corals, seafans, gorgonians and a wide variety of colorful fish including Parrotfish, Angelfish, wrasses, French Striped Grunts, Atlantic Blue Tangs and the occasional sea turtle. So get your mask and snorkel on and start exploring!

CAUTION! – Depending on the weather, tides and moon phase – there can be large waves and a strong current . Use common sense, never exceed your abilities and always swim / snorkel with someone.