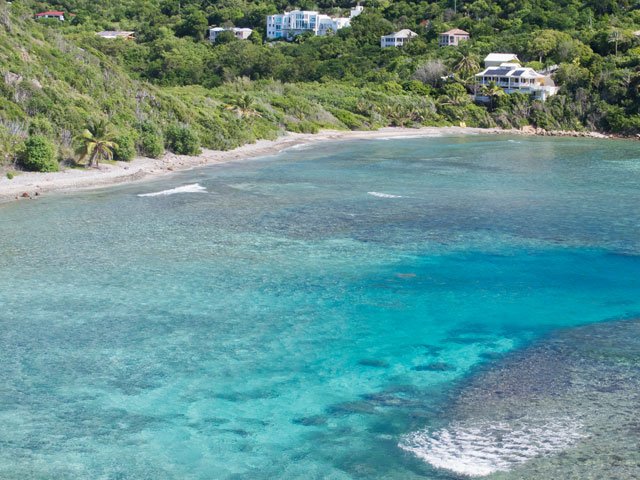 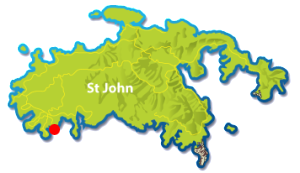 With limited water access and only the narrowest strip of sand beach, Hart Bay doesn’t get many beachgoers. But for those few who can access the water – it’s a wonderful spot to enjoy a few hours of snorkeling and beach combing.

An aerial view shows the exposed southern bay to be very shallow on the south-western side. Constant pounding of wind and waves means corals don’t stand a chance here. Running down the center of the bay is a channel. Once you cross this sandy channel the water is deeper and the waves decrease. And located almost exactly in the center of the bay you’ll find a rocky outcropping that breaks the surface of the water. This is where the snorkeling is the best. 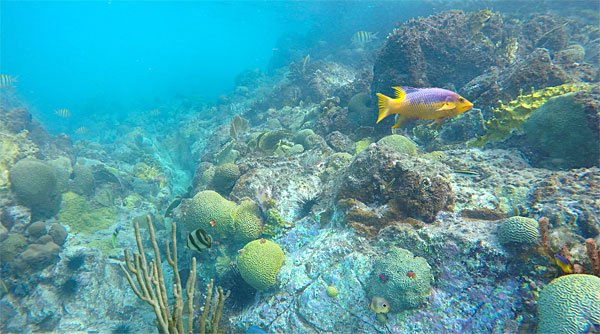 As previously mentioned, Hart Bay is often overlooked because access is limited. For those fortunate enough to stay at a St John vacation rental like  Rendezview Villa – you’ll enjoy water access!