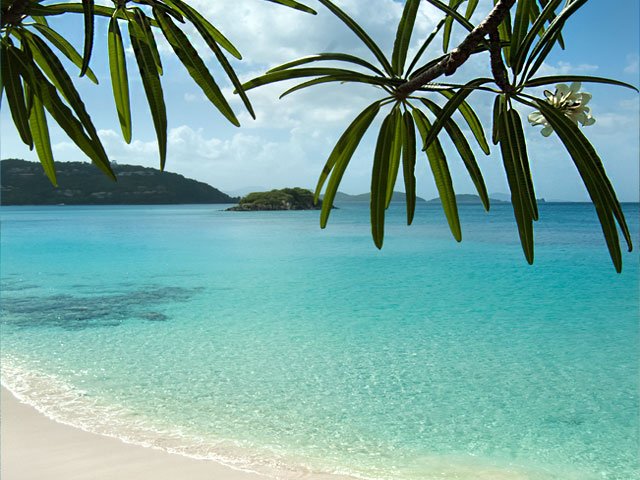 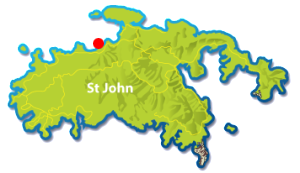 Getting there:
Take North Shore Road ( RTE 20) out of Cruz Bay. The drive is about 4 miles of winding scenic road. You can’t miss the speed bumps and signs marking the entrance to Cinnamon Bay beach and camp grounds. Safari taxi service is available.

Cinnamon Bay Beach
Cinnamon Bay Beach ranks among the most beautiful and pristine beaches within the National Park. Towering palms rule majestically over a 1/2 mile of soft white sand beach. Snorkelers can explore the small cay located less than 100 yards off the shoreline. With plenty of “elbow room” and shallow water entry, Cinnamon Bay makes a great destination for families with kids. And the water sports concession will keep even the most active adults and teens busy kite boarding, paddle boarding, windsurfing, and snorkeling. Facilities include a snack shop, showers and restrooms, as well as a small souvenir shop.

St John’s Longest Beach and one of the only places to camp on the island!

Cinnamon Beach has it all, enough coconut palms and sea grape trees to offer plenty of shade; and long stretches of sandy pink beach to the left and right. Unlike most St John island beaches, this one offers food, watersports, shops and enough sand to accommodate even large families and groups! Cinnamon Bay is a great place to spend a day at the beach.

Snorkeling at Cinnamon Bay is best along the small cay just off shore or along the east end of the bay. You will find coral, sea grasses and sea life along with the occasional turtle and stingray. Cinnamon Cay, located just off the apex of the beach, offers some good structure and plenty of hard and soft corals and colorful Caribbean fish. The far side of the rock is in deeper water and exposed to wind and surf and is best left to experienced swimmers and snorkelers. The best snorkeling at Cinnamon Bay is off the eastern end of the beach ( right as you face the water ). About 40′ from where you’ll enter the water is a large plateau reef structure with lots of marine life and corals. And, there are the remains of a small aircraft ( the motor, prop and wing ) just off of Little Cinnamon Beach ( requires a short hike along the rocky shoreline towards Peter Bay ). The wreckage is in just 8′ of water and about 20 yards off rocks as you first enter the beach itself.

CAUTION! – Depending on the weather, tides and moon phase – there can be large waves and a strong under current . Use common sense, never exceed your abilities and always swim / snorkel with someone.